What happened to Uncle Geo's Fluorescents? 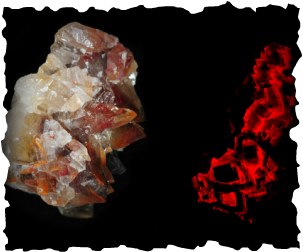 The next day, Callie brought in five fluorescent rocks from Uncle Geo's mine to show the class.  The teacher, Mrs. Green, opened the STEAM corner storeroom. Shutting the door made it dark enough for ultraviolet light to show the glowing mineral colors.


Small groups took turns going in to see how the twins' “black light” worked. Students were amazed at the beautiful glowing fluorescents.

Under classroom lights and sunlight, the fluorescents looked like just plain white or gray old rocks.
Juan remarked, “My dad uses a light like that to find scorpions at night. Their bodies glow under the special UV flashlight that he has.”
Later,the class looked at Uncle Geo’s Florescents Website. Everyone oohed and awed at the brilliant glowing colors of the valuable minerals.
Except... the Shoppers continued rudely whispering back and forth. Suddenly Callie realized that two of the fluorescents were missing.  "Mrs. Green, could you tell the class to look around for two of my missing fluorescents. My Uncle Geo's rocks are worth "300 dollars!"
Mrs. Green  announced, “ Students, please look around your desks. Two of Uncle Geo's  expensive, valuable rocks are missing. Maybe they have fallen behind something."    The Shoppers just looked at each other and grinned.
What can you do?
As a member of the class, you look around your desk and on the floor. You offer to help Artie and Callie search in the STEAM storage room where kids looked at the minerals in the black light. 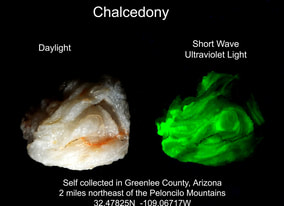 Do you think the Shoppers have something to do with these missing fluorescents?    Choose what you do next.

1.  I think the rocks just disappeared down a crack somewhere between some
books. It will turn up sometime. I'm too busy to worry about some old rock.

2.  I want to talk to Juan about finding scorpions with a black light.
But first I’m want find out about Artie burying his little sister.
Click  Mica buried

3.  I am a Shoppers' member who wants to be the Marble Twins' friend.
I want to stop hanging around the mean Shoppers.
I can help kids to stop bullying and show them how to be a friend.
Click  Coral Lee (Shoppers)